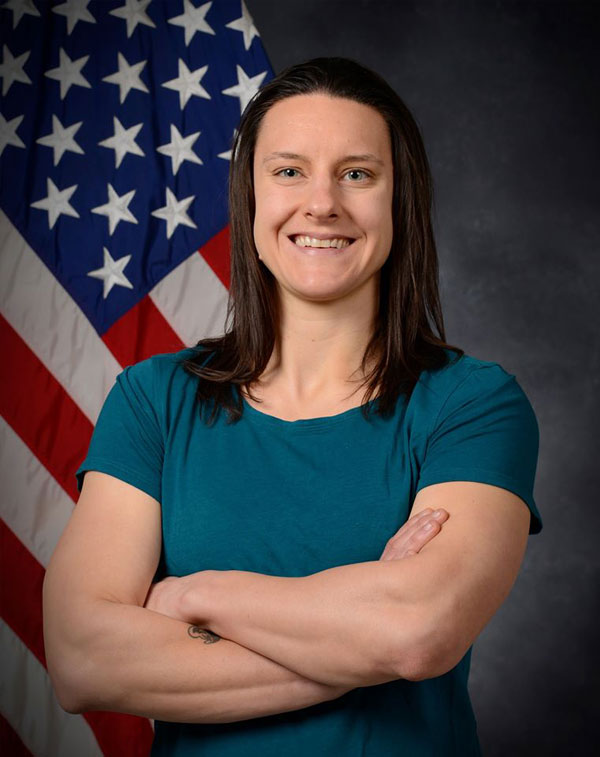 Neuroscientist Maj. Allison Brager, PhD ’11, wants you to get a good night’s sleep—tonight and every night. It’s how she’s achieved success as an elite athlete, scholar and soldier—and how she’s helping her fellow soldiers survive stressful situations.

As a soldier and elite athlete, Maj. Allison J. Brager, PhD ’11, is familiar with pushing herself physically and mentally. But as an Army neuroscientist who studies sleep—particularly in extreme environments and high-stress situations—she also knows how her commitment to sleep has contributed to her success, including in academics and athletics, throughout her life.

“I grew up in a community that prides itself on discipline, grit and the pursuit of excellence through sport,” says Brager, a native of Youngstown, Ohio. She began dance lessons as a toddler, started gymnastics soon after that, and in high school became a formidable competitor in track and field. As a junior, she was one of the first women in Ohio to compete in pole vaulting. Her skill attracted interest from several Ivy League schools, and she chose to pursue an undergraduate degree at Brown University.

“A lot of my family did not go to college,” Brager says. “And so to be pretty much a first-generation college student made me value academics and being a scholar athlete more than anything else.”

But even in college, with demanding course loads and intense training schedules, “I would say my secret weapon—in terms of making sure that I was not just the top athlete in the school, but also the top student—was making sure I got adequate sleep,” Brager says. “It didn’t matter how much homework I had left to finish after training four to six hours a day; I always made sure I got eight hours of sleep.”

“I would say my secret weapon—in terms of making sure that I was not just the top athlete in the school, but also the top student—was making sure I got adequate sleep.”

Although as an athlete she was interested in both human performance and sleep, it wasn’t until she signed up for a course called The Psychology of Sleep (hoping to get an easy A) that she discovered the connection between the two—and found an area of study that fascinated her and helped her forge a career path.

After graduating with a Bachelor of Science in psychology from Brown in 2007, Brager set out to earn a PhD in neuroscience. She wanted to learn more about the relationship between sleep and brain function. And she was particularly interested in circadian rhythms (physical, mental and behavioral changes that follow a sleep-wake cycle and repeat roughly every 24 hours) and how neurotransmitters (such as serotonin and dopamine released during exercise) play a role in sleep.

“I wanted to work with the world’s leading expert, that’s why I went to Kent State,” Brager says. That expert is J. David Glass, PhD, now Professor Emeritus of Biological Sciences, who has been with the university since 1983. He ran The Circadian Rhythm Laboratory, which focuses on the neurobiology of mammalian biological rhythms. One aim of his research is to study the effects of ethanol (also called alcohol) on the circadian rhythm timing system. Alcohol use and withdrawal have profound effects on circadian rhythms and sleep.

As a graduate student, Brager was one of the first authors with Glass on several high-impact papers, including a 2009 research paper that reported how chronic alcohol consumption altered nocturnal activity patterns in hamsters and suggested a mode for the disruptive effect of alcohol abuse on human circadian rhythms. This was the basis for her prestigious predoctoral National Institutes of Health research award.

After earning a PhD at Kent State, Brager served as a postdoctoral research fellow in the Neuroscience Institute at Morehouse School of Medicine in Atlanta. During her postdoctoral work, she wrote Meathead: Unraveling the Athletic Brain (WestBow Press, 2015), a popular science book debunking the “dumb jock” myth and focused on using neuroscience to enhance athletic performance and recovery. She also has written more than 30 peer-reviewed papers, numerous op-ed and column pieces for professional societies and has co-authored the first edition of the NCAA student-athlete mental health handbook.

In 2016, Brager joined Walter Reed Army Institute of Research as a National Research Council Fellow. A year later, she became a commissioned Army officer to support sleep and human performance research and development as one of the few active duty neuroscientists. She served as chief of the institute’s Sleep Research Center until June 2019. She also sits on fatigue management working groups for the Office of the Army Surgeon General, the United States government and NATO.

During the pandemic, Brager served as chief of the COVID-19 Response Laboratory at the Javits Center, which had been converted into an auxiliary medical center in the worst of the New York City crisis. She was responsible for securing scarce medical supplies to treat those who fell ill.

Brager currently is director of human performance operations and outreach education for the U.S. Army Warrior Fitness Training Center in Fort Knox, Kentucky. Its mission is to support the elite athletic endeavors of active-duty soldiers and future research and development of human performance technology and training programs.

As an Army neuroscientist, Brager studies resilience to environmental stressors such as exercise, jet lag and sleep deprivation, all of which are realities for many soldiers. Her research includes studying why some individuals are resilient and others vulnerable under such conditions.

“In order to develop and test new ideas in the lab, we have to understand what it looks like in real life,” says Brager, who has traveled to collect data in realistic settings for the military. “Basically, what I’m asked to do is to develop tools and technologies—based on the principles of biology and what is known about the biology of sleep—in order to help service people adjust to time zones very rapidly.

“We’re constantly searching for some new function of sleep,” she adds. “It’s also about finding new biological factors that can be tweaked in some way, in order to have humans perform at a higher level under stress in less-than-optimal conditions.”

According to a recent Defense Department report to Congress, active-duty service members suffer from sleep deprivation at a rate roughly twice that of the civilian population. Inadequate sleep (less than seven hours a night) can contribute to mental health disorders, physical illness and compromised military effectiveness. The report describes it as “a reduced ability to execute complex cognitive tasks, communicate effectively, quickly make appropriate decisions, maintain vigilance and sustain a level of alertness required to carry out assigned duties.”

In high-stress environments such as deployment, soldiers may not get adequate sleep, even though they need it to rest and recover. “It’s not until the stress has subsided that fatigue sets in, and that is where danger and loss of life are most imminent as a result,” Brager explains. “Our HPA axis [the interaction between the hypothalamus, pituitary gland and adrenal glands that activates the body’s stress response] has this uncanny ability to keep us awake and alert for extended periods of time, but the crash is unbearable.”

With her background and expertise, Brager helps soldiers develop better sleep habits and routines. She also determines whether naps on duty day, referred to as tactical napping, are advisable. She even identifies those select few individuals who possess the short sleep gene or are extreme morning risers, both of which are determined by genetics—and quite rare. Those soldiers can be placed on missions and in environments where sleep is limited because they can withstand the effects better than others.

While it may seem counterintuitive, Brager’s commitment to sleep hasn’t lessened the drive to compete that has been ingrained in her since she was a child. In fact, it could be what fuels it. In addition to serving as a scientist and soldier, Brager is an elite athlete. In 2018, she competed in the 10th Gay Games in Paris, where she won eight gold medals and one silver medal in track and field—and set a record for the women’s pole vault. She’s also a two-time CrossFit Games competitor and competes regionally as well. 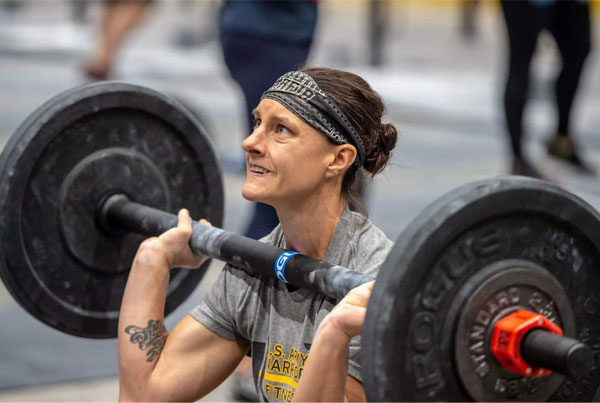 “I try to be as efficient as possible in terms of getting my workout in appropriately,” says Brager, who traveled almost 150,000 miles and stayed in hotels for 264 days in 2019. She credits her continued good health to her commitment to exercise, even on the road—and, of course, to sleep.

“One of the classic principles of biology is the idea of homeostasis,” Brager says. “If you overdo something, it requires a period of rest in order to get the system back to normal.

“I really do attribute a lot of my success to sleep. Obviously, I’m biased, but sleep is right up there with hydration, food, and all the other basic survival mechanisms.”

We asked Allison Brager about the importance of sleep and how to maximize the benefits of a good night’s rest. Here’s what she had to say. 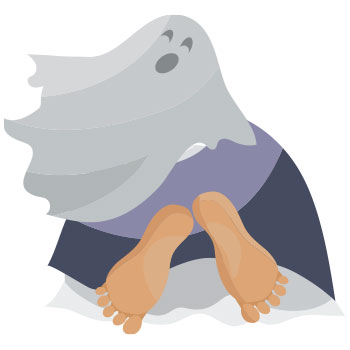 Why is sleep so important? Very bluntly, if we don’t sleep, we die. There is a reason why we spend (or should spend) one-third of our lives asleep. Sleep helps us repair, recover and replenish energy stores and refine systems for optimal functioning the next day. 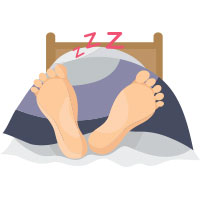 How do you define good sleep? Objectively, it is about having sleep saturated with more than 30% of slow wave activity (SWA), which is often called deep sleep, as identified from a full electroencephalogram (EEG) montage [a test that monitors and records electrical activity of the brain]. Subjectively, simply asking “Do you feel refreshed or do you feel like you need stimulants to function?” goes a long way. 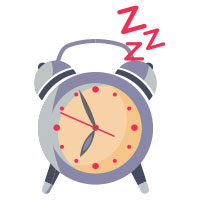 What is the optimal time for most people to catch their 7-9 hours—and do they need that much? Yes! The magic number is 8.4 hours. Like Ben Franklin said: “Early to bed, early to rise, makes a man healthy, wealthy and wise.” 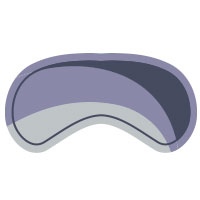 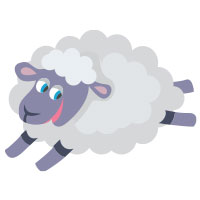 What about napping? Is there an optimal length or time? Tactical napping is what the cool kids do. Try for 20-30 minutes in the afternoon when the physiological drive to sleep (in general) is the greatest. 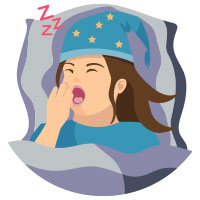 What is the most common sleep-related challenge? Getting to bed early—because you get wrapped up in work or social media; staying off your phone prior to bed! 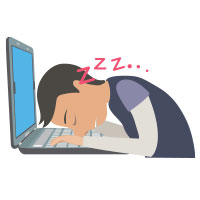 How do screens affect our sleep? Enriched blue light (from smartphones, tablets, computers and TVs) actually stops the release of melatonin, the hormone produced by the connection from the retina to the pineal gland that helps to initiate and consolidate sleep. 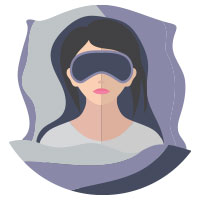 What can you do to optimize your sleep—even in a high-stress environment? Create a sleep friendly environment that is dark (no phones or any light really), quiet (or use a noise machine if you are like me and have slept next to a flight line) and cool (super easy to do in the desert). 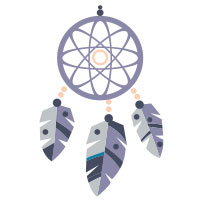 Any advice for those with trouble falling asleep or staying asleep? The psychology of sleep is just as important as the physiology of sleep. Set up your room to be sleep friendly. No TVs and only use your bed for sleeping and sex. Block off light emitted from a device. Position your bed near a window to allow natural light to prime your body to wake in the morning.