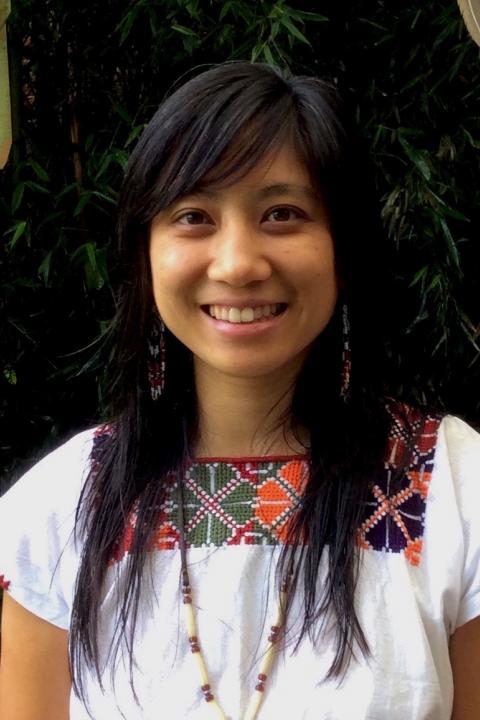 Elaine (Lan Yin) Hsiao is an Assistant Professor in the School of Peace and Conflict Studies with a focus in environmental peacebuilding and international development. She is a critical socio-legal scholar and political ecologist, integrating peace and conflict studies with transboundary conservation and protected areas, Indigenous and community governance, human rights and rights of nature, and development alternatives. Much of her work seeks to address conflicts in conservation (e.g., human-protected area conflicts, human-wildlife conflicts), conservation in places of conflict (i.e., conflict-sensitive and conflict-resilient conservation), and conflict resolution through conservation (environmental peacebuilding).

Prior to joining KSU SPCS, Dr. Hsiao was a Global Challenges Fellow at the Sheffield Institute for International Development (SIID) and Honorary Research Fellow of the University of Rwanda’s Center of Excellence on Biodiversity and Natural Resources (UR CoEB), where she explored the disruption and revitalization of ICCAs (areas and territories conserved by Indigenous Peoples and local communities) in Rwanda, and the concept of ecological peace, evolving peace theory for inter-species or more-than-human relations. She led the IUCN WCPA Young Professionals Network from 2012-2016, developed and led a peace park learning expedition in Parque Internacional La Amistad (2011), held a Fulbright grant in Uganda (2010-2011) and co-produced a documentary film (“Transcending Boundaries”), worked to establish a peace park on the border of Honduras and Nicaragua while at the UN University for Peace, and served the Permanent Mission for the Union of Comoros at the UN.