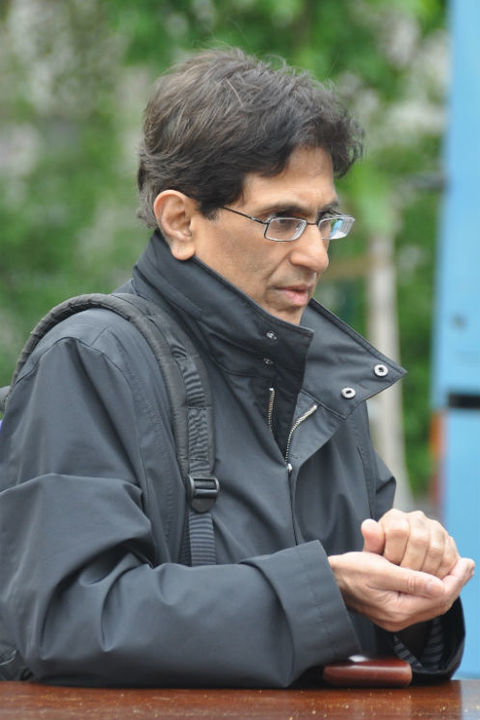 Areas of Current Interest: In recent years there have been fascinating discoveries of several types of quantum condensed forms of matter exhibiting novel phenomena arising from interactions among the constituents, such as, electrons in solids, or atoms & molecules in ultracold matter. Common to all of these is the emergence of spectacular phases with novel macroscopic behavior in the vicinity of quantum instabilities. Phenomena such as these give glimpses into the nature of the rich underlying quantum world, and provide motivation for theoretical study of correlated Fermi systems.

Examples of interacting electron systems are high temperature cuprate superconductors, iron pnictide materials, heavy fermions, copper-oxygen ladder systems, some of which are low-density, or low-dimensional or layered systems. Among issues of current interest are the underlying electronic structure and ionic vibrations; interplay of magnetism and superconductivity; nature of associated quantum fluctuations and collective modes; their role in pairing and nature of pairing symmetry; and physics close to quantum critical points (QCP).

In the field of ultracold matter, innovative experimentation, coupled with unprecedented level of experimental control has given birth to several novel classes of systems, such as, ultracold neutral atomic gases and optical lattices, and more lately, dipolar quantum gases. That these may also be prepared with unequal species population, and under non-adiabatic conditions, add to the breadth of the field. These systems present  extraordinary opportunities to study novel physics of quantum many-particle systems, not only at extremely short (angstrom) length scales, but also at nanoscale in temperature, where quantum effects are expected to manifest dramatically. Tunability of particle density, kinetic energy and interparticle correlations render these systems highly controllable testing grounds for models in condensed matter physics. This is invaluable for fundamental understanding of complex materials and “designing” of newer materials. Thus, for example, atoms in optical lattices can be represented by the archetypal condensed matter Hamiltonians, e.g. Hubbard model and Bardeen-Cooper-Schrieffer (BCS) superconductivity model.

Current Research Activities: These are based on my interest in theoretical/computational understanding of novel phenomena in both correlated electron and ultracold atomic systems discussed above. My theory research combines phenomenological and microscopic approaches, with some emphasis on making connection with experiments. The theoretical methods include techniques of many-particle quantum statistical mechanics, for example, tractable crossing-symmetric equation (TCSE) approaches, Fermi liquid theory, quasi-classical transport equations, BCS theory of superconductivity, basic aspects of critical phenomena/phase transitions, and first principles density functional theory. I currently have research collaborations/ties with Boston College (K. Bedell’s group), Carnegie-Mellon University (M. Widom’s group), Rutgers University. In the past, I have had research ties with the condensed matter/materials division at Los Alamos National Lab and AT&T Bell Labs; I had been collaborator/consultant and regular visitor to these labs.