The University employs several systems that may be activated during emergency conditions. Some of these systems are under the express control of Kent State University Police Services. Others have dual activation control with University Communications and Marketing (UCM). There are a number of conditions that may necessitate alerting the university community. These could include occurrences of certain crimes, tornado warnings, evacuations, acts of violence and searches for wanted or missing people. Except for tornado sirens, if an emergency system is activated, an “all clear” message should be broadcast after the emergency condition has subsided.

KSU Police Services utilizes building speaker systems and Cisco IP phones to make voice announcements in university facilities. The MNS is connected to speakers in the buildings and university registered Cisco IP phones so that KSU Police Services can deliver a voice message to the university community in emergency situations.  The phones have also been programmed to deliver written messages on their phone display when the system is activated.

The university has several tornado sirens located throughout campus to be used in case of tornado warnings. They are also capable of delivering a voice message for other emergency conditions.

UCM has the ability to send out mass emails and make changes to the University website to provide updated information during emergency conditions. Emails are sent to all active university emails for faculty, staff and students. Website changes include posting an emergency banner and the placement of announcements describing the emergency condition, instructions and updates. 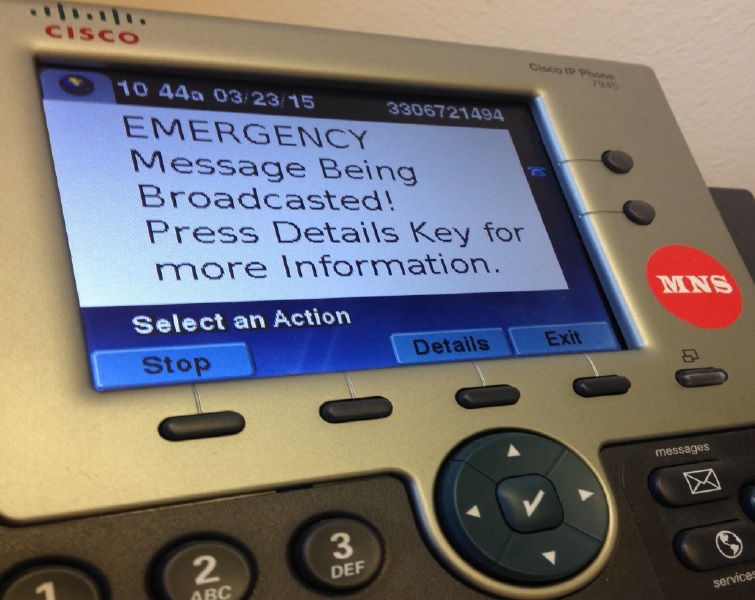