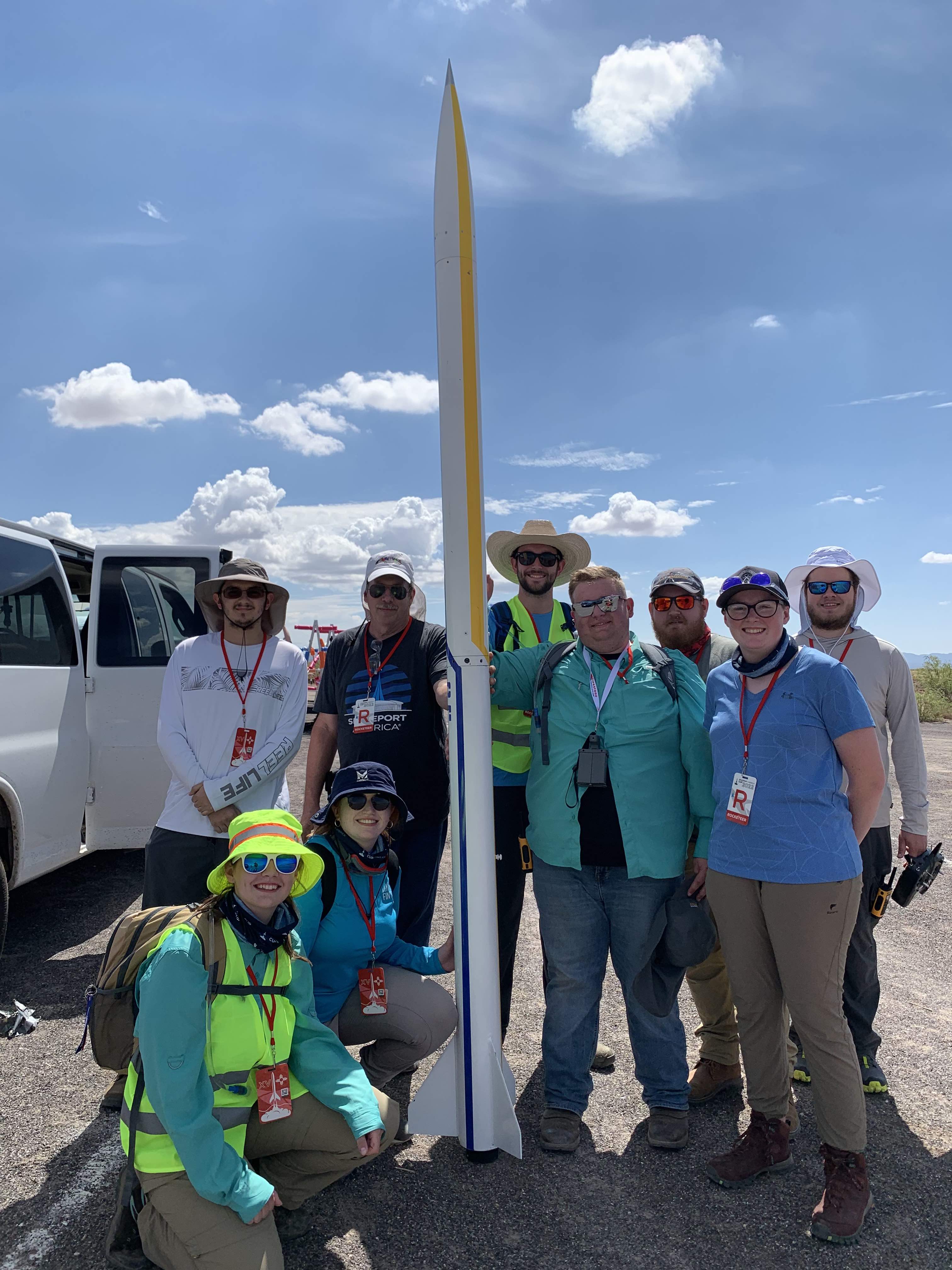 The  Spaceport America Cup  is the world’s largest intercollegiate rocket engineering conference and competition. Over 1,700 students and faculty typically gather in Southern New Mexico for the annual Spaceport America Cup. Drawn by the opportunity to collaborate and compete at a world-class spaceport facility, they represent the best and brightest from more than 150 institutions located all across the world.

“What we accomplished is no small feat. Our team faced a lot of struggles and persevered through each and every one of them,” said Benjamin Kwasa, Ph.D., assistant professor of aerospace engineering at Kent State University and Kent State High-Power Rocket Team 2022 advisor. “Coming out of the COVID-19 pandemic with essentially a new team AND a NEW advisor stepping in to help really made it feel like they were starting from scratch…and in many ways, they were.”

Eight team members traveled to New Mexico to compete in this competition, which was small in comparison to the other teams they were competing against. They were also limited in financial resources with their single source of external funding coming from the Ohio Space Grant Consortium. Though faced with adversity, these students never gave up.

“Our students were one of two teams who elected to camp in the desert in New Mexico during what turned out to be the early onset of monsoon season, resulting in drenched tents and sleeping bags. Do you think they stopped?” Kwasa continued.  “These students never stopped. They were always Daring Mighty Things.”

Critical to the success of these students is the continued guidance and mentorship provided by Steve Eves, who launched the 1/10 scale replica of the Saturn V rocket 4,441 feet (1,354 m) into the air, and successfully recovered it, breaking the world record for the tallest and heaviest amateur rocket ever successfully launched in 2009. The rocket was 36 feet tall, weighed 1,648 pounds, and was powered by a matrix of nine motors: eight 13,000Ns N-Class motors surrounding a central 77,000Ns P-Class motor, for a total of 181,000Ns. the launch occurred on the eastern shore of the Chesapeake Bay under the supervision of the Maryland-Delaware Rocketry Association. Eves' knowledge, experience, and dedication to cultivating student learning was essential in the research, development, and execution of the launch.

The Kent State High-Power Rocket Team is proud of their success for their first time competing in the Spaceport America Cup and will serve as an inspiration for the next competition season.

Eight team members traveled to New Mexico to compete in this competition, each providing knowledge and leadership instrumental in the success of this launch:

Members of the team instrumental in this success, but unable to attend the competition in person:

Mentorship is critical. Mentors introduce new ways of thinking and provide a hands-on, heads-in experience invaluable in developing the next generation of imaginative makers.

The Kent State High-Power Rocket Team kept a log of their statistics from their launch, which took place on Thursday, June 23 at 1:27 p.m. MDT.