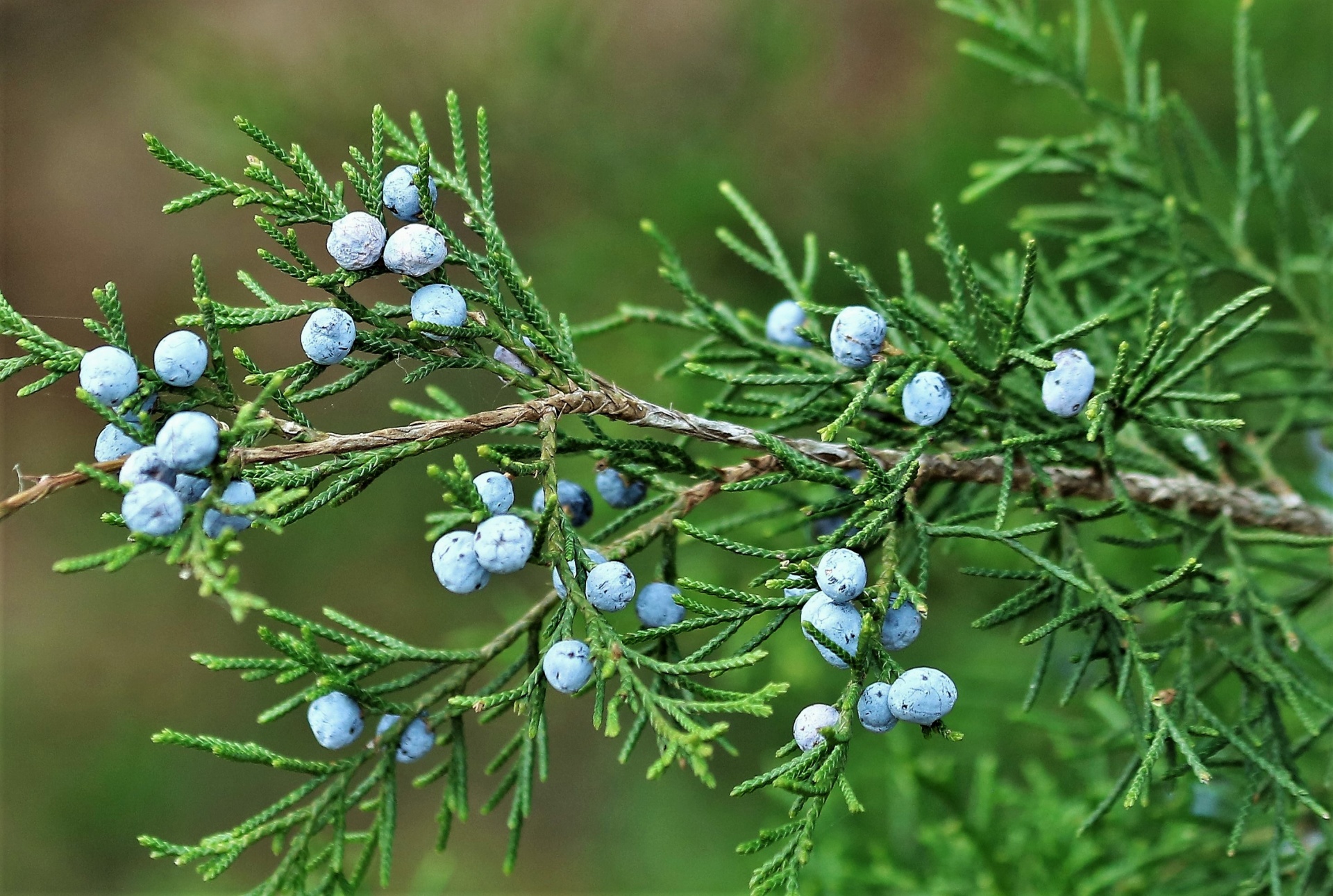 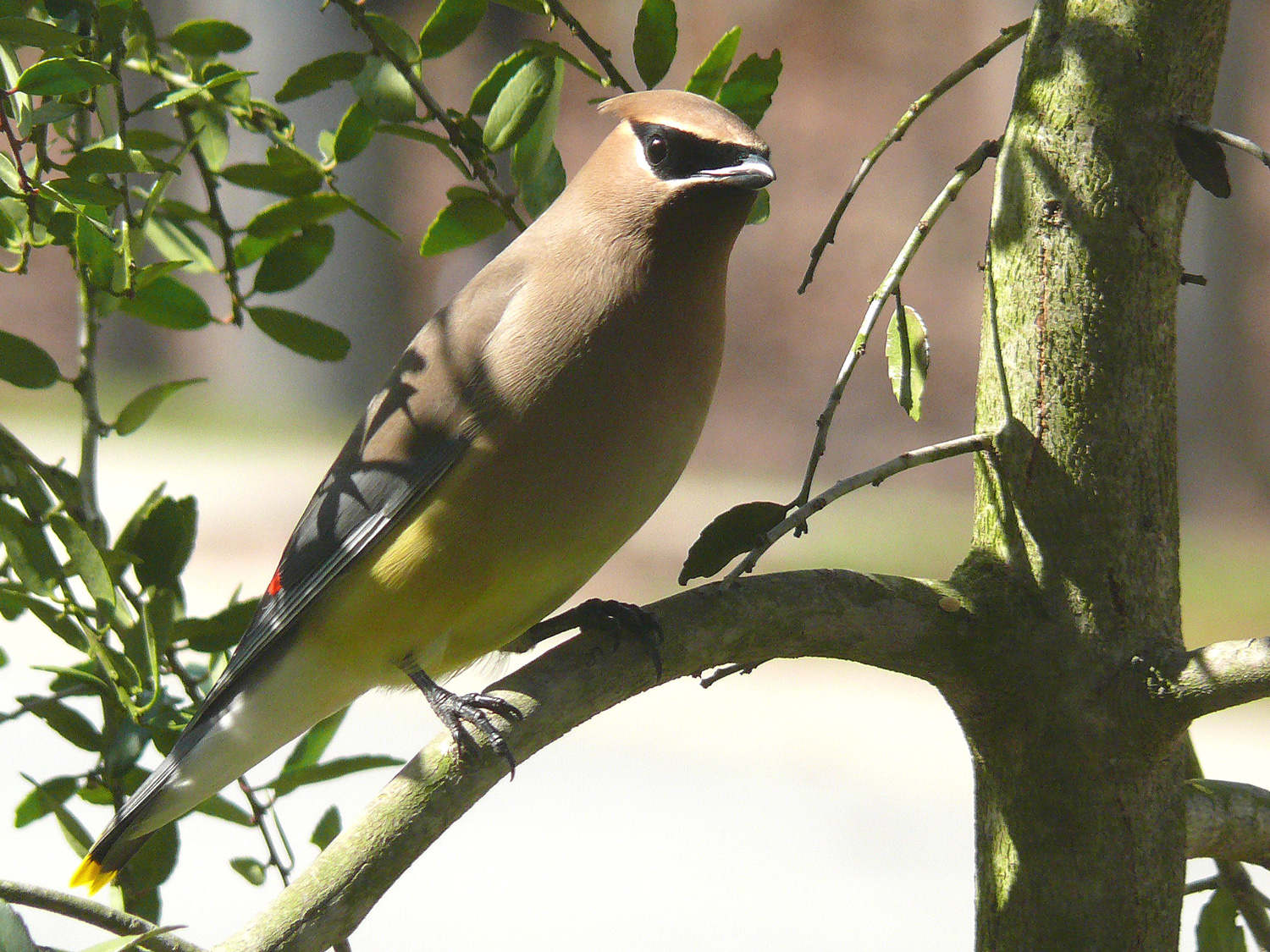 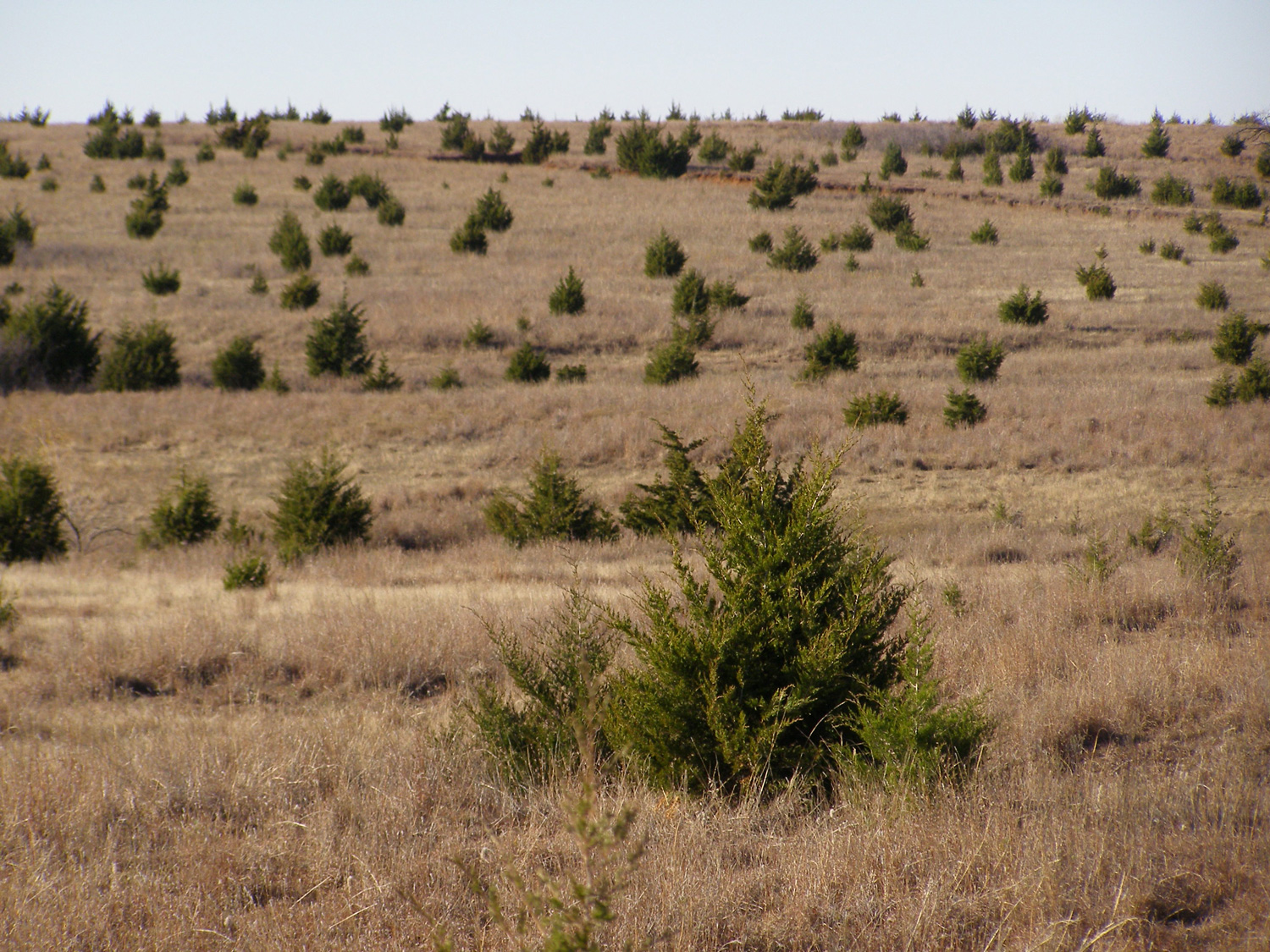 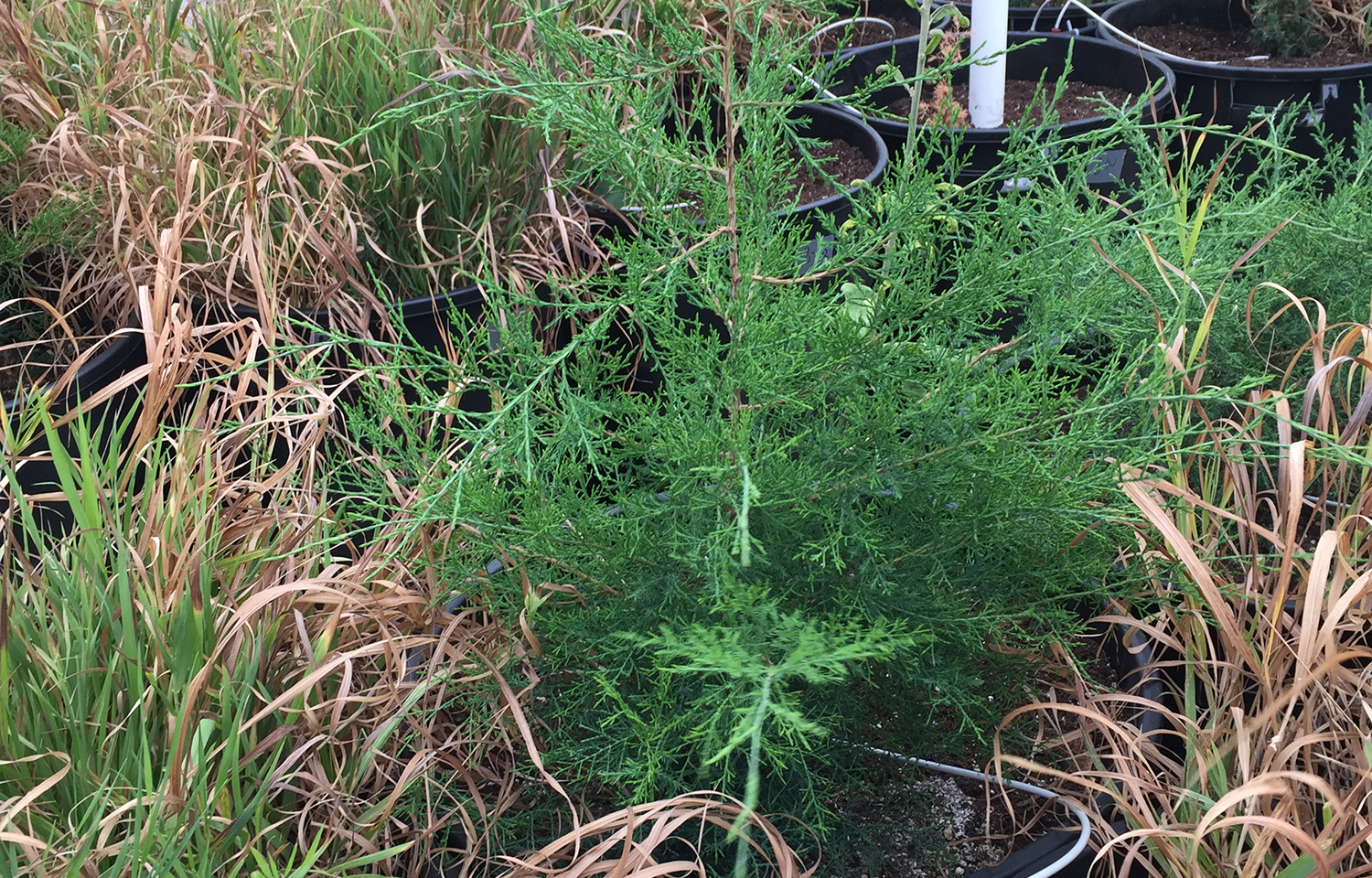 The National Science Foundation has awarded a three-year, $914,000 grant to Kent State University to lead a collaborative research project to study how and at what rate the geographically most widespread native conifer in the eastern United States, the Eastern Red Cedar tree species (Juniperus virginiana), spreads across the landscape.

Originating in the Eastern U.S., the species has dispersed as far as the 100th meridian and into the Great Plains states, including Nebraska and South Dakota. 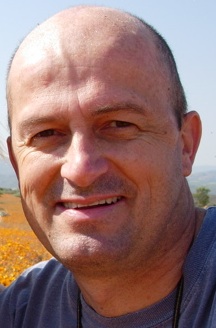 “The Eastern Red Cedar has negative impacts on species diversity of co-occurring native plants and soil-nutrient availability,” said David Ward, Ph.D., a professor in the Department of Biological Sciences in the College of Arts and Sciences at Kent State. “It is an important topic to address because these trees are taking valuable rangeland away from grazers such as cattle and sheep that only eat grasses.”

The project, titled “Scale-dependent processes as the drivers for understanding range- and niche-expansion in a widespread native species,” is being led by Ward in collaboration with Professor Oscar Rocha, Ph.D., and Adjunct Professor Juliana Medeiros, Ph.D., both colleagues in his department, as well as Sarah Supp, Ph.D., assistant professor of data analytics at Denison University, and Gil Bohrer, Ph.D., associate professor of environmental engineering at Ohio State University.

Ward explained that “range expansion” refers to an expansion in the distribution of species while “niche expansion” means an expansion of the habitats that a species currently occupies. In the case of the Eastern Red Cedar, both are occurring.

The grant will also support both undergraduate and graduate student stipends, including some undergraduates working on video production with Associate Professor Emeritus David Smeltzer of Kent State’s School of Journalism and Mass Communication. They will collaborate with the researchers to produce a documentary about the spread of Eastern Red Cedars for PBS.

“We expect that the results from our experiments and analysis of other recent studies will provide much-needed data on the specific effects of physiological and ecological processes and environmental effects at multiple scales that control the population transition rates and ultimately enable the range expansion,” Ward said.

Two graduate students will work with Rocha on the genetic aspects to better answer the questions of where the Eastern Red Cedars are dispersing and how migratory birds, especially the aptly named cedar waxwing (Bombycilla cedrorum), which eat and later defecate the trees’ cones (or “berries” that contain seeds) during winter, are affecting the dispersion of the tree species. 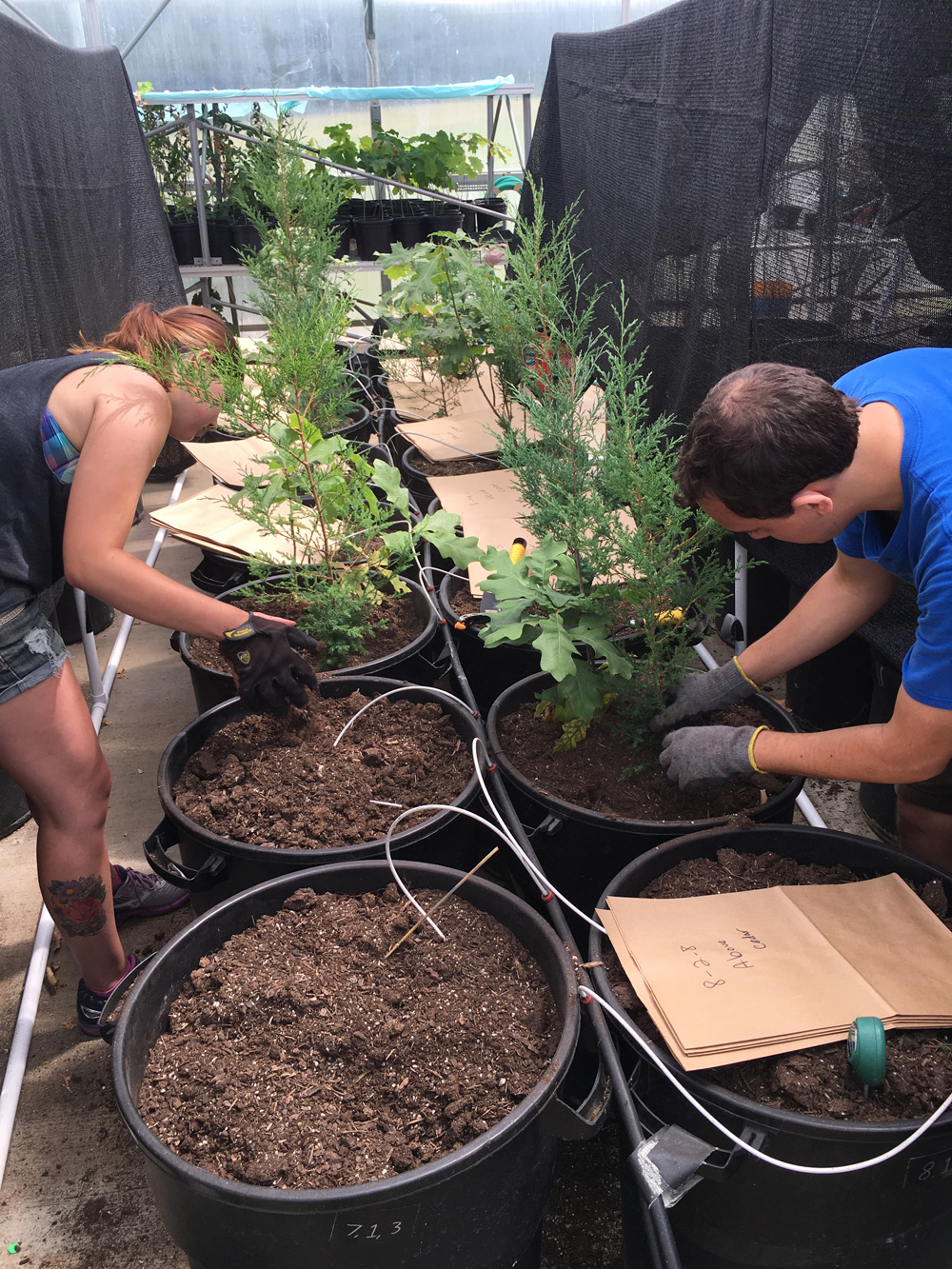 Working with Ward and Medeiros (who also works as a plant biologist at Holden Arboretum), two other graduate students and a postdoctoral fellow will focus their study on the ecophysiology of Eastern Red Cedars and the competition and facilitation of the tree species.

Much of the ecophysiological research will take place in Ohio, including in Ward’s research greenhouse on the Kent Campus. There, they will be studying the effects of climate change, specifically elevated carbon dioxide, on Eastern Red Cedars. 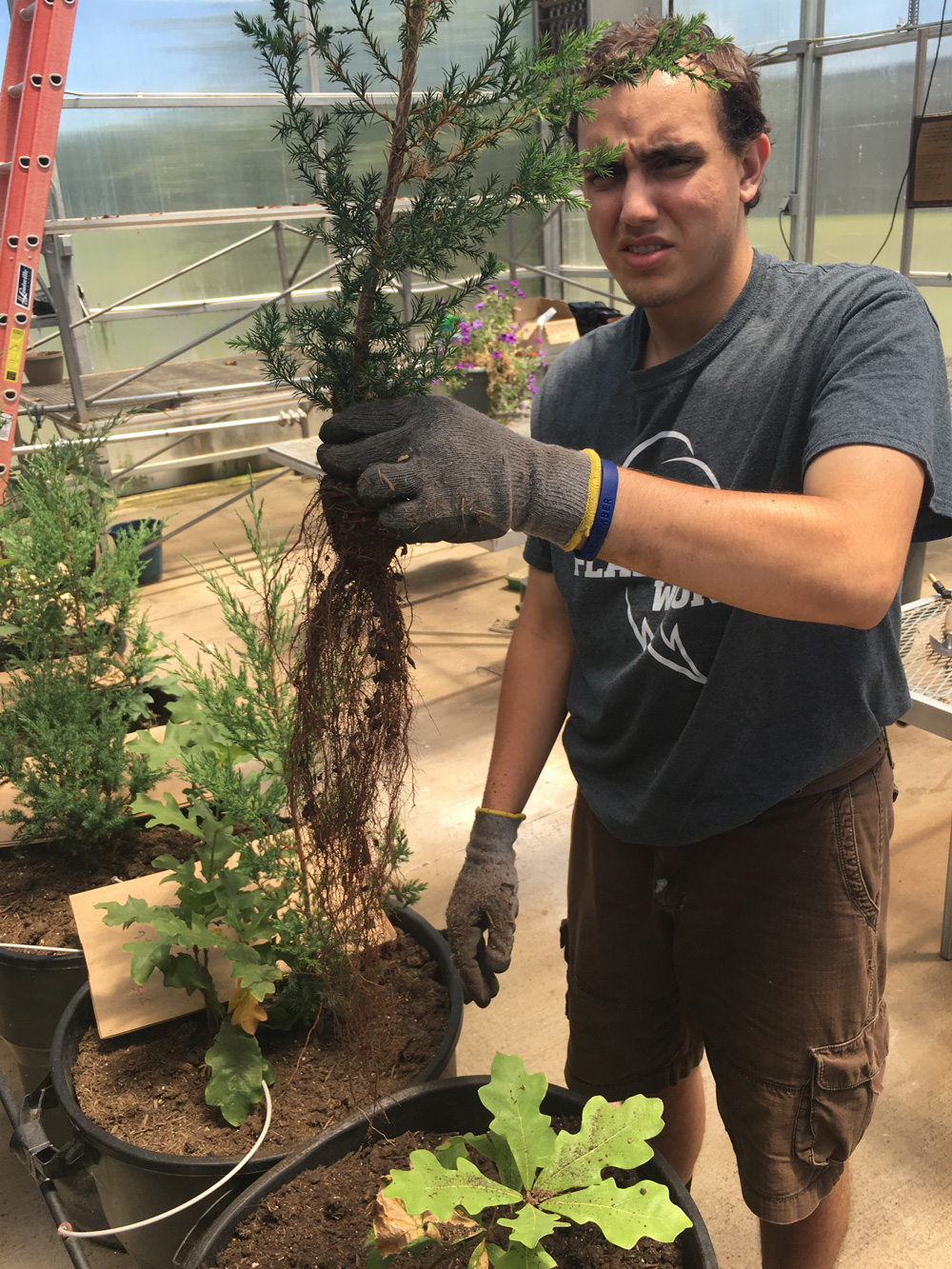 In addition, the grant provides education outreach components so that the researchers can collaborate with the Research Center for Educational Technology, TRIO Upward Bound Program, science journalism students (in collaboration with Smeltzer) and the Holden Arboretum outreach program.