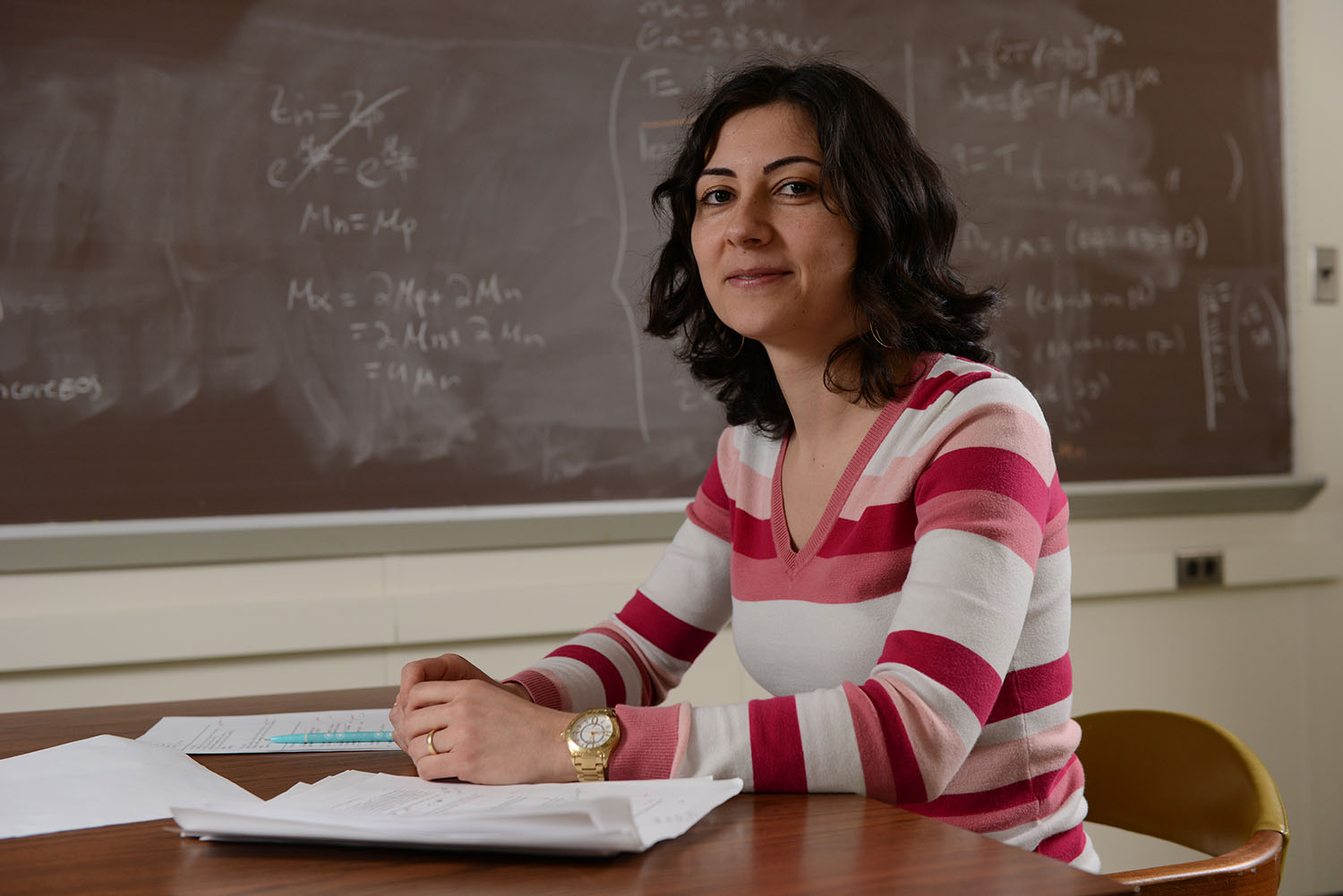 What happens when two neutron stars collide? What extreme densities and temperatures are reached? What new states of matter exist within the core of a neutron star?

These and other questions like them are nearly impossible for scientists, including astrophysicists, to answer on their own. It takes interdisciplinary collaborations from multiple institutions who share their own data and combine it to begin exploring and analyzing various models and theories. These enormous computational efforts are complex, to say the least. In fact, it takes large-scale computer clusters and ultimately an open-source cyberinfrastructure to support them.

One Kent State University College of Arts and Sciences theoretical astrophysicist, Veronica Dexheimer, Ph.D., associate professor in the Department of Physics, is diving headfirst into these questions as a co-principal investigator (PI) collaborating with her peers at multiple institutions on a recently funded cyberinfrastucture research grant project.

The Modular Unified Solver of the Equation of State (MUSES) is a new ($4,421,366) NSF-funded collaboration between multiple institutions, with principal investigators at the University of Illinois Urbana-Champaign (UIUC), The University of Houston, and Kent State. The objective for this collaboration is to develop a new cyberinfrastructure that will provide novel tools for answering interdisciplinary questions in astrophysics, nuclear physics, gravitational wave astrophysics, and heavy-ion physics.

The MUSES collaboration comprises an interdisciplinary and diverse team of researchers specializing in lattice QCD (quantum chromodynamics), nuclear physics, gravity, relativistic hydrodynamics, heavy-ion collisions, and computer science from 16 institutions. Among the PI and the four Co-PI’s, three are from Latin America and three are women, something unprecedented in theoretical high-energy physics. All the programming and front-end development will be done at the National Center for Supercomputing Applications (NCSA) at UIUC.

“This new collaboration will better connect our departments and allow us to not only present joint seminars and workshops but also train the new generation of scientists and exchange data in real time with many people,” Dexheimer said. “This new platform will allow us to choose simulations and get customizable data in hours instead of weeks or months.”

Jeffrey Peterson, a Kent State Ph.D. student in Dexheimer’s lab group, has already begun working on the code while collaborating with nuclear physicists and computer scientists from UIUC.

To learn more about the MUSES Collaboration, visit: https://muses.physics.illinois.edu/

About Veronica Dexheimer
Dexheimer always wanted to be an astronaut until she realized she was claustrophobic (afraid of confined spaces). So, she decided to do the next best thing, stay close to Earth, and become a theoretical astrophysicist.

For Kent State and especially her students her claustrophobia is a blessing in disguise. Since 2013, she has poured her heart into teaching courses and leading a group exploring the fundamental questions of matter that make up everything in the universe. When she gets the astronaut itch, she visits NASA and brings along Kent State students who share her passion for everything related to outer space.

She specializes in the study of dense and hot matter in compact stars and her research group focuses on the properties of white dwarfs, neutron stars, proto-neutron stars, and stellar mergers.

She was a recipient of the Faculty Early Career Development Award from the National Science Foundation (NSF) which provided funding for five years of research and educational outreach. She was recently elected to be the director of the Center for Nuclear Research at Kent State. She’s also a member of PHAROS: The multi-messenger physics and astrophysics of neutron stars.

Dexheimer earned her Bachelors (2003) and Masters (2006) degrees in physics from Universidade Federal do Rio Grande do Sul, in Porto Alegre, Brazil, and her Ph.D. (2009) at Johann Wolfgang Goethe University in Frankfurt an Main, Germany. She taught at Gettysburg College from 2009-2012, then conducted research at Universidade Federal de Santa Catarina in Florianopolis, Brazil, before joining Kent State in 2013.

In October, she’ll present her research on deconfinement in neutron stars at the American Physical Society’s 2021 Fall Meeting of the APS Division of Nuclear Physics.

For more information about Dexheimer's research and laboratory, visit https://www.personal.kent.edu/~vdexheim/

For more information about Kent State’s College of Arts and Sciences, visit:  https://www.kent.edu/cas.

Photo Caption:
Veronica Dexheimer, Ph.D., is director of the Center for Nuclear Research and an associate professor in the Department of Physics in the College of Arts and Sciences at Kent State.