Kent State’s Contributive Legacy to the Assessment of Psychopathology

Image by Tumisu from Pixabay

The Minnesota Multiphasic Personality Inventory, MMPI, is a standardized psychometric test that was first published by the University of Minnesota Press in 1943 and quickly became the gold standard for assessing psychopathology. Kent State University has played a key role throughout the history of this test and a Kent State faculty member led the revision for the recently published and updated 2020 MMPI-3. 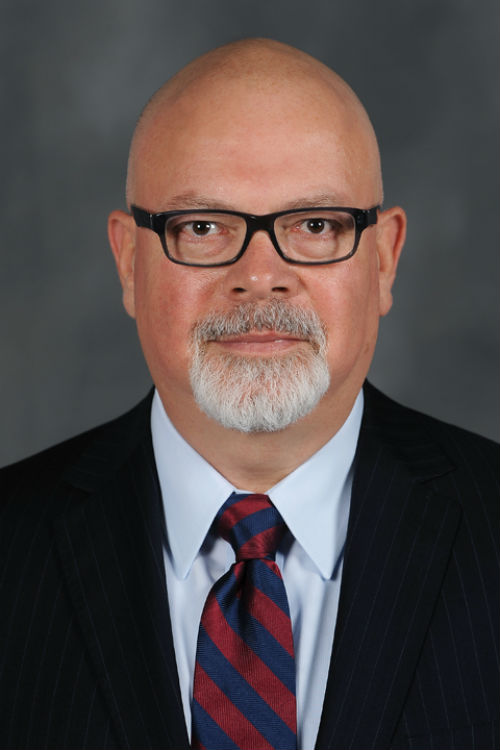 Yossef Ben-Porath, Ph.D., continues Kent State’s legacy as a major contributor of research for the MMPI. A professor in the Department of Psychological Sciences in the College of Arts and Sciences, Ben-Porath collaborated with the University of Minnesota’s Auke Tellegen, Ph.D., to restructure and update the test.

“The MMPI is the most widely used measure of personality and psychopathology in Psychology,” Ben-Porath said. “The test was used initially in mental health settings and with medical patients and then in the legal system for evaluations of the defendants and in assessing candidates for public safety positions.”

The MMPI-3 consists of 335 True/False statements that a respondent completes about themselves. These responses are used to score different scales associated with various forms of psychological dysfunction. An individual's scores are then assessed against a normative sample to gauge the presence of psychological functions or dysfunctions.

Ben-Porath explained that psychometric assessments like the MMPI are especially effective because they provide an objective comprehensive psychological evaluation in a relatively short period of time.

“People can’t always articulate what it is that’s causing them problems, especially if they’re not aware of the areas where they are having difficulties,” said Ben-Porath. “Doing a formal assessment, that includes the MMPI-3, we are able to get a much more comprehensive picture of psychological functioning.”

The revisions for the upcoming MMPI-3 include updating items and scales as well as collecting a new, nationally-representative normative sample, which serves as the national standard to which an individual’s scores are compared.

Ben-Porath and his team established new norms for the MMPI-3 by assessing individuals from different demographic backgrounds based on projections of the 2020 United States Census.

Ben-Porath said that modern experiences were also considered in the new normative sample. “None of the individuals in the sample for the MMPI-2 had heard of the internet or social media. Since the 1980s, the populations have changed both demographically and experientially.”

Since the MMPI-3 also utilizes comparison samples, an individual’s scores can be assessed against relevant, targeted groups in mental health, medical and other settings.

The scales of the MMPI-3 were also enhanced to represent a broader overview of psychological issues.

“Our other primary objective was to enhance the coverage of the test,” Ben-Porath said. “We wanted to introduce issues that were not seen as central for psychological assessment in the 1980’s MMPI-2.”

This includes new items to measure disordered eating, a scale that had not been assessed on any previous MMPI test.

“We consulted with a dozen experts, researchers of the MMPI-2RF or clinicians who have used it in their practice, and asked what areas need to be enhanced and what new areas need to be covered,” Ben-Porath said. “We also looked at the literature: what people were studying and writing about in personality and psychopathology.”

“Kent State has played an important role in the MMPI,” Ben-Porath said. “Jack Graham, professor emeritus of psychology, was one of the members of the committee that developed the MMPI-2. Some of the normative data for the MMPI-2 were collected in Kent.”

Ben-Porath and the MMPI-3 team, including several Kent State postdocs and graduate students, began working on the revision in 2012. Ben-Porath said Kent State students often continue their work with the MMPI after graduation.

“Many different graduate students who have come through Kent State and received their degrees here have gone on to their own research careers and are still working with the MMPI,” said Ben-Porath. “A lot of our doctoral alumni are very involved with the MMPI research, all over the US and as far away as New Zealand.”