Located behind Merrill Hall in the Beck Family Memorial Gardens, ''Behind the Brain Plaza'' by Kent State University Professor Emeritus of Art, Brinsley Tyrrell, provides seating and gathering areas in the pedestrian plaza. There are four major sculptural elements. Three were carved on-site from huge blocks of Massillon Formation sandstone. A simple fountain features a single stream of water to emerge from the top of a decorated sandstone block. The water drops onto a single granite boulder. Another sculpture is in the basic shape of a seed to symbolize growth. Cast stone retaining walls look like rows of books.

About this Artist: Born in Surrey England, Brinsley Tyrrell and his family immigrated to Ohio in 1968. Tyrrell searched for employment, landing a one-year position at Kent State University when a professor left for sabbatical. Kent State later asked him to stay – that in which he did until 1996.

In 1971, the Tyrrells purchased an old farmhouse, and eventually renovated the barn that became Brinsley’s and his wife, Lillian’s studio. It was at that time Brinsley started his involvement with large-scale, public art projects.

The Ohio Percent for Art Program, through the Ohio Arts Council selection committee chose Tyrrell’s proposal for the Merrill Hall project and two years later the plaza was completed. Tyrrell named each of the individual sculptures, but at the request of the university, offered “Behind the Brain Plaza” to name the entire space.

Brinsley Tyrrell’s artwork has been displayed in numerous venues, from public art projects to selected exhibitions. He has garnered numerous awards and recognition including those from the Cleveland Museum of Art, Ohio Arts Council Fellowship, and the Governor’s Award for the Arts in Ohio. 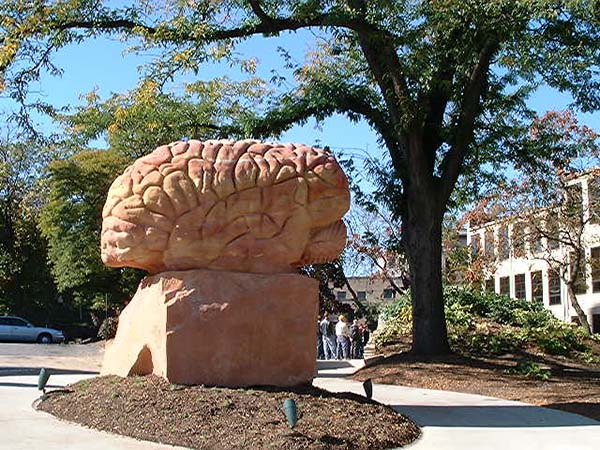 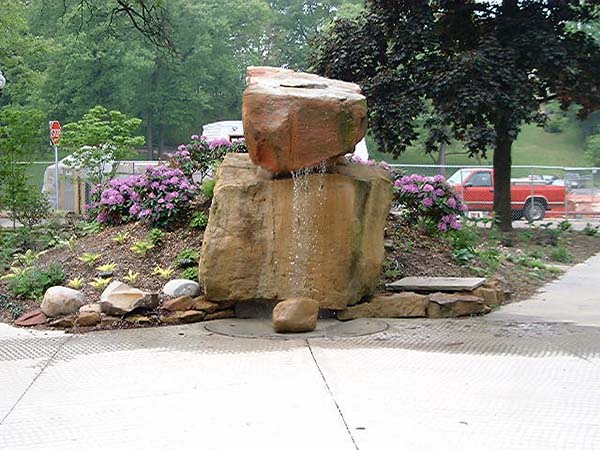 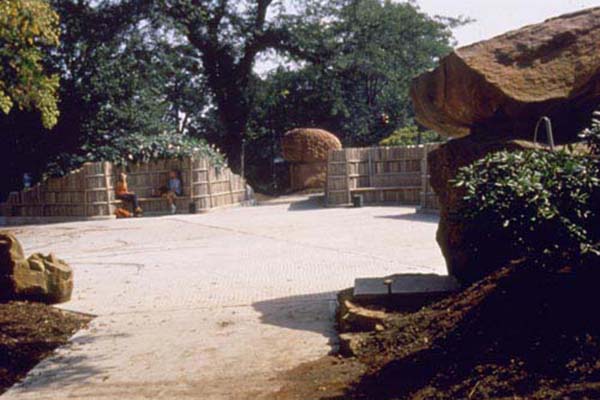 Office of the University Architect
Facilities Planning and Operations