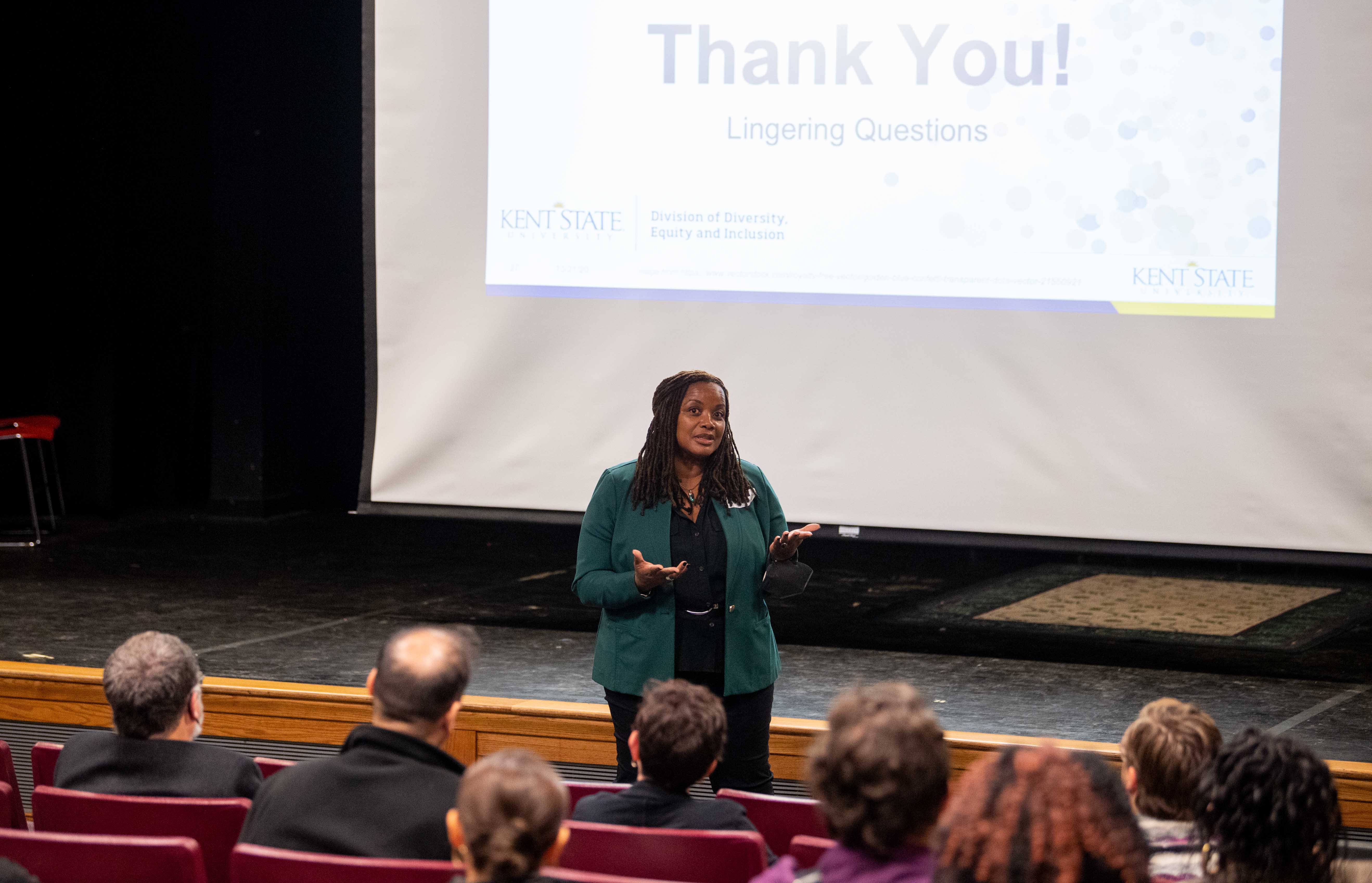 The conference, which organizers intend to make an annual event, featured a series of discussions, roundtable talks, workshops, art and performances, exploring key themes, including racism in the workplace and classroom, and how members of the Kent State community can be empowered to make a change.

The conference began with a three-hour teach-in presented by Kent State faculty and staff, aimed at raising awareness and empowering action, by helping participants understand and apply tenets of anti-racism.

Faculty, staff and student participants discussed examples from their own lives and experiences. At the same time, presenters offered implications for practice, policy and future research to assist in the individual and collective application of anti-racism at Kent State and beyond. 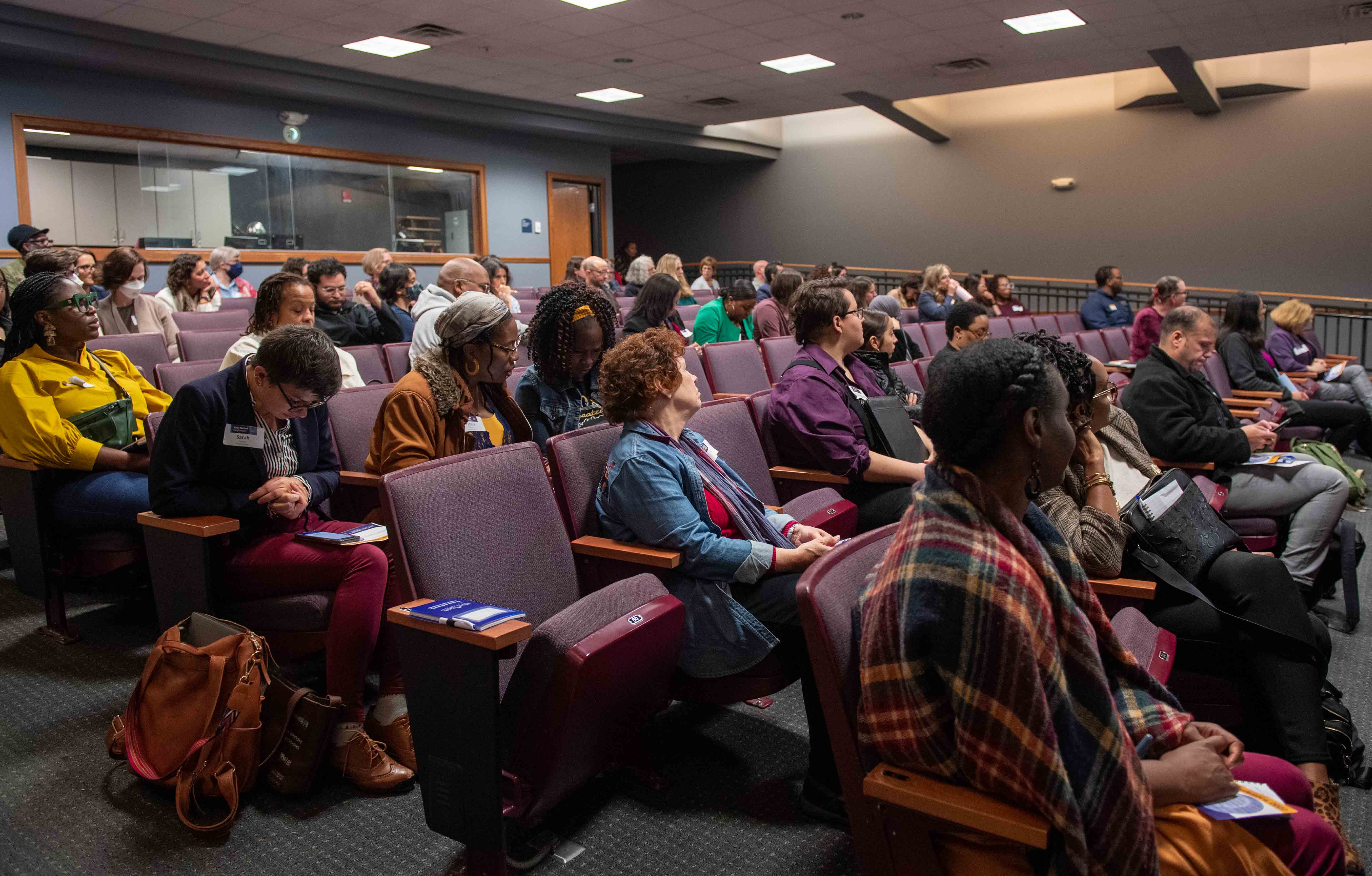 In a break-out session for students, about a dozen in attendance talked about their experience, both at Kent State and in general, dealing with racism. They also discussed ways in which the university does a good job on racial issues, and areas where they would like to see policies improved.

Sergio Roper, a sophomore psychology and Africana studies major from Akron, said he appreciates the healthy number of Black student organizations on campus and believes they have a significant impact on students.

Another participant noted that she was pleased with the way university administrators joined in the 2020 Black Lives Matter march, which was organized by student groups, but did not try to take over and lead the march.

Nancy Warlop, a retired psychologist from Kent, who earned her master’s degree at Kent State in 1976 and is currently a senior guest student, said she appreciated how the university administration always quickly responds to condemn racially-motivated incidents, whether it is a racial slur painted on the Rock on Front Campus or a swastika painted elsewhere on campus. She said she believes that swift action is one reason such incidents are infrequent.

However, she noted there was always more work to be done. She talked about her experience hosting international students at Kent State and learning from their perspectives.

One former student who lived with Warlop, a woman from Ethiopia, was taken aback by statistics she learned in a class that discussed the disparities in education levels between the races yet failed to provide any context for why the disparity existed. The student, who was an honor student in Ethiopia, told Warlop that she was glad to have been educated in Ethiopia because she did not believe that as a Black, Muslim woman she would have been able to attain as much success in the U.S.

Warlop said she could not understand how that type of information can be presented without some explanation or context.

Sacha Parson of Akron, who is working on her master’s degree in the College of Education, Health and Human Services, talked about her experience lobbying at the Ohio Statehouse for education curriculums that address racism. 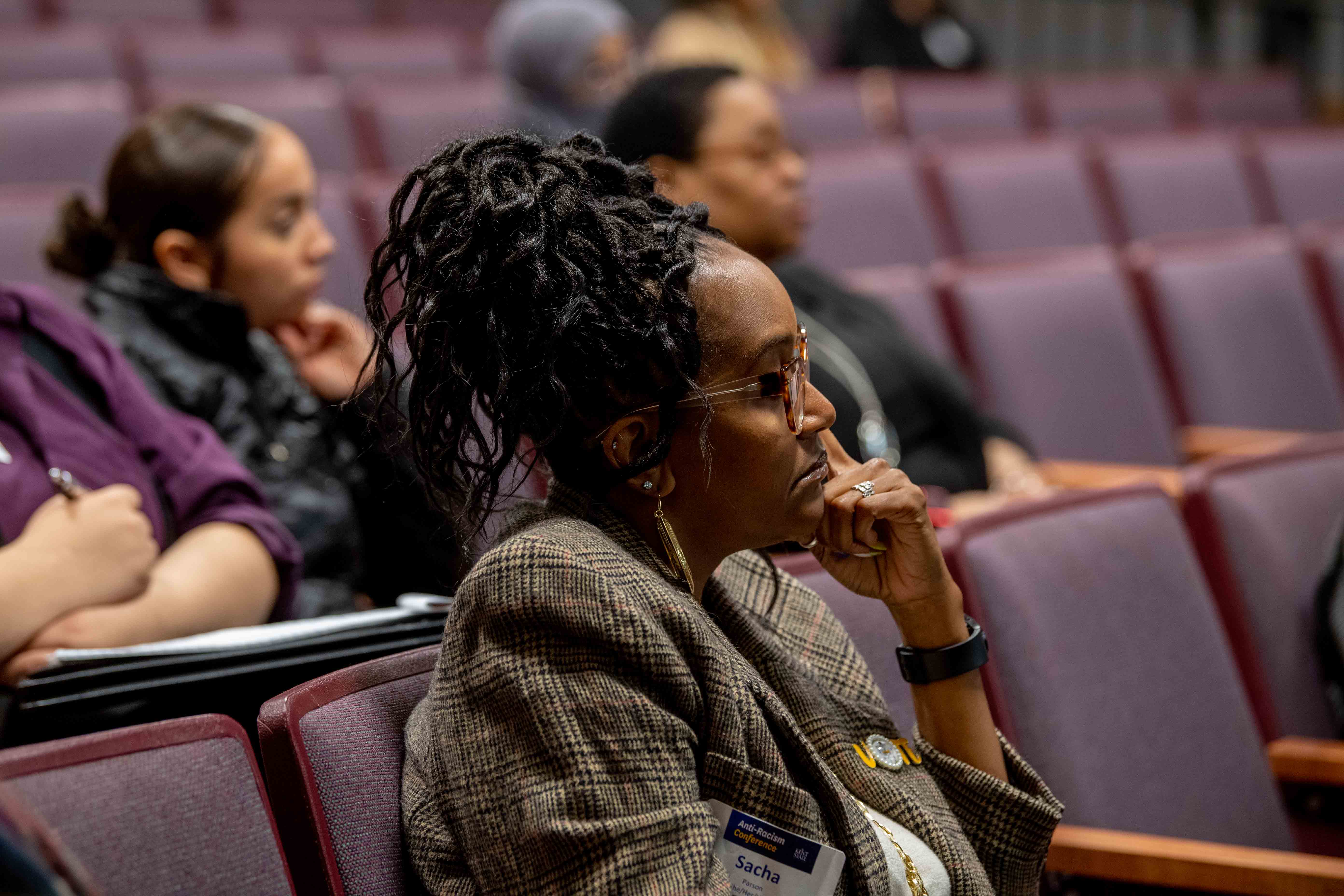 “There are people that don’t want to acknowledge that racism is a thing since the founding of this country,” she said. State lawmakers, she said, responded with, “We’re not ready to have that conversation.”

Parson also said that she would have liked to have seen the conference open to anyone from the public, not just the Kent State community.

In another session attended by many faculty and staff, Jenny Marcinkiewicz, Ph.D., associate professor of Biological Sciences and director of the Center for Teaching and Learning, led a discussion on the 1988 work by Peggy McIntosh, entitled, “White Privilege: Unpacking the Invisible Knapsack,” that delved into the many ways in which whites have privileges of which they may not even be aware. 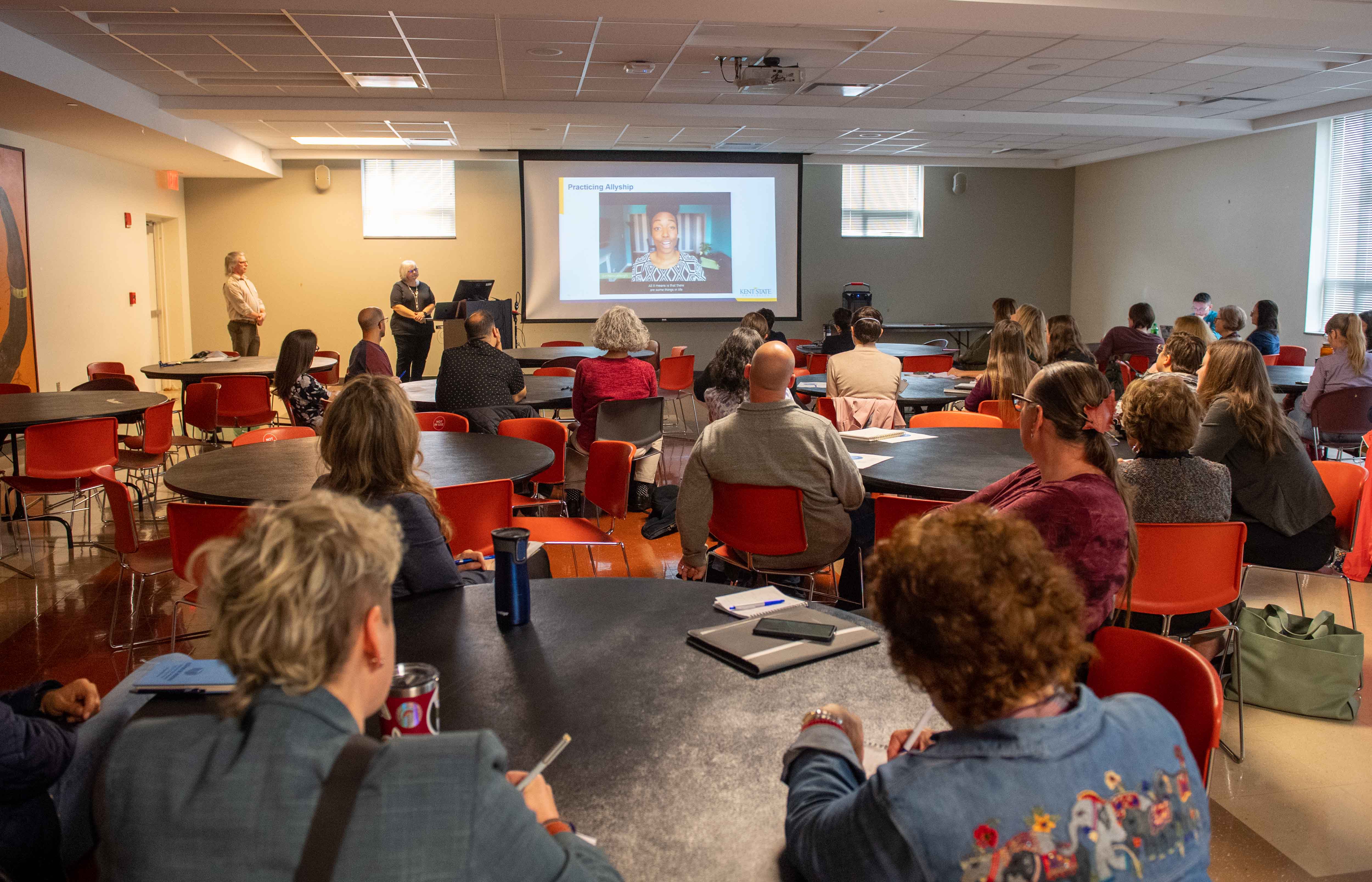 Erica Eckert, Ph.D., an assistant professor in the College of Education, Health and Human Services, listened intently to the talk and said she signed up for the conference to learn what she can do to further anti-racism efforts at Kent State.

“No matter how much you think you know, you can always learn more,” Eckert said, “I work to try to identify my biases, but you never stop, and you never stop learning.”

Learn more about the conference and its presenters here. The event continues through Friday, Oct. 7. This year’s conference is primarily virtual, with a small number of discussion groups held in person.